ADOPTION OF WESTERN CULTURE BY AFRICANS

By John Pam
Trial and error they say gives rise to new ways of living,however at what cost do these new means of being detract from the wholesome experience of living. It has long been viewed that the African cultural heritage has nothing to offer in comparison to its western counterpart and in some areas that might be true but let's not throw the baby out with the bath water. In a sense western society is more capable of catering to the diverse lifestyles and inclinations of multitudes, however when it comes to the sense of identity and common interests its easier to find such ideals more prevalent in our African culture. This inevitably brings us to the matter at hand where we must consider if the African culture has a better influence on the growth of a child or if the western ideology does a better job of it.  If African culture is looked at from a broad perspective and not the caricature which our adherence to western values have made of it, then it seems to me that we can see the advantages that are inherent in the traditions which we so readily discard. 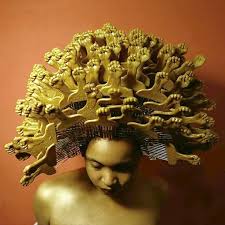 The western manner of education has created a perception that intelligence can only be garnered from the structures of institutions of learning. However, when one looks at the type of individuals who though they have never been to such institutions have such a keen understanding of various technologies that even those who are "educated" formally cannot grasp we would be forced to at least concede that intelligence can indeed be dormant in an individual but it takes the input of tutors to bring it out. Now far be it from me to begrudge the value of western society but one does not discard something which is functional and adopt another which is poorly understood simply to be current. Western culture with its permissiveness or even lack of moral standards,its creed of materialism and its penchant for disguising barbarity in civility, is not without its virtues but purposely let's look at its flaws and from there we can then see if truly African culture has nothing to offer a child.
In most African societies although such a culture is waning, there is a perception that ones neighbor's misfortune is shared hence when a child in the community is seen to be erring the residents of that community see a moral obligation to correct that child and it has nothing to do with any notions of reward but rather a sense of responsibility towards that child. In Africa its more rare to see a child's misdeeds ignored by the members of the community than to see them take action and even sometimes take the child to the parents to explain what their child had been up to. In the western hemisphere if a neighbor so much as interferes with the child of another he can be jailed at least and at best told to mind his business. Now this might seem trivial but the truth is as these little gestures coalesce they tend to build fraternal ties which spurs an identification with that community. 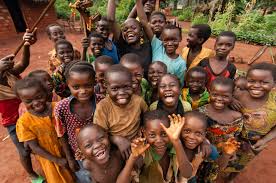 The peer groups inculcated into African culture also ensures that children grow up having a sense of purpose for their identity and hence values is coming led with the responsibilities which they are given as part of their peers. Now the tendency is for young people to seek to outdo each other or even win the admiration of their peers as they value that more than any praise from elders who are regarded as not part of their group. Hence when such societies created theses groups it was based on the understanding that these youth were giving are productive framework in which to compete with their peers and under the supervision of more mature minds. In some communities one age group might be responsible for security,another for resolving communal disputes and usually the youngest for partaking and organizing activities important to the cultural identity of that community and hence when one was able to distinguish oneself the elation was tremendous. However,western civilization has no provision for catering to this need for direction in youth,hence they are placed in the care of teachers who are only too eager to be done with them and then leave them to their own devices once the school bell rings. This has resulted in massive levels of substance abuse and also unwholesome activities not to say that such did not occur under African culture but when such occurred it was easier to nip in the bud because there was always that guidance from more experienced individuals who did not see catering to the youth as a way to get paid but rather as a duty to growth of community,responsibility owed to those who provided guidance and also self regard.  It by no means is a perfect system but where people have no values which brings them together as a community then there is bound to be conflict. Truth be told it seems African has not matured sufficiently enough to practice the true spirit of democracy hence why we always fall into tyranny. If the leaders see every one else as competition then they will be cruel. There however can be no self deception as regard the nature of our activities which has led to religion and political parties have come to be hope we define ourselves rather than as members of a community with diverse ideas. At some point we will have to examine the values we give to the youth and inevitably we will see the destruction we have been fostering by our negligence.
images gotten from Google
Posted by Unknown at 11:44:00 pm