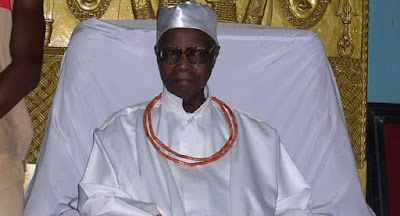 The Benin Traditional Council has asked all residents of the state to carry out funeral for their deceased loved ones now as no funeral will be allowed to hold once the burial rites of the late Oba of Benin, Oba Erediuwa is announced. The Iyase of Benin Kingdom, Chief Sam Igbe who spoke to newsmen in Benin city today, asked the residents of the kingdom to respect the custom and tradition of the kingdom.
He also announced that as a mark of respect for the lat Oba, all male citizens of Benin Kingdom are to clean shave the hair on their head in obedience to Benin tradition.
Chief David Edebiri, the Esogban of Benin kingdom, said sanctions from the ancestors await anyone that fails to clean shave his hair. Meanwhile the Edo state government has declared a 5-day public holdiay following the death of the monarch. The holiday takes effect from yesterday May 3rd.
Posted by Unknown at 5:31:00 am