The Demands of Morality

The Demands of Morality

The answer may seem obvious to some people. When you do the moral thing, you're doing the right thing. Violating morality is doing the wrong thing. It’s good to do the right thing; bad to do the wrong thing. You will always do better and live better when you do the moral thing.
But imagine the following scenario. Suppose you live in a country full of tax cheats, but you’re honest to the bone and you dutifully pay your taxes. What does that make you -- a saint among sinners, or a sucker? How does doing the right thing improve your life? 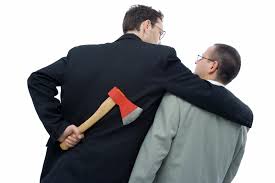 Well, if morality is partly about how people are to live together, maybe it doesn’t require us to be absolutely honest when everybody else is being dishonest. But how far are we willing to go with that line? Does morality sanction a little stealing, or maybe a touch of random killing, if enough other people are into that sort of thing? What’s the bottom line?
In the case of something milder like tax-cheating, you might feel torn. You don't claim to be a saint. You don’t want to cheat, but you also don’t want to be a high-minded fool, either. It puts you in a pretty pickle: you want morality to be your guide to life, but it’s not giving you much guidance now.
Now you could argue that the tax-cheating scenario is morally screwy, and fortunately we aren’t always confronted with such screwed up options. But morality isn’t much of a guide if it only works when things aren’t morally screwy. We could think about it in terms of costs and benefits: a moral life can have its benefits, but it can also have its costs. When you weigh up the cost of living morally against the benefits of a little immorality, the moral life sometimes comes out on the short end. But some would argue that’s the wrong way to think about it, because morality is its own reward. It has a hold on us that goes way beyond any kind of cost-benefit analysis.
Now consider a little thought experiment to test out that hypothesis. Suppose I’ve got a magical ring, which I’m going to give to you. Only you know about it. Only you can use it. Whenever you wear it, you’ll be invisible, in fact completely undetectable. With it you are absolutely free to do whatever you want, whenever you want, with no worries about getting caught -- no worries about sullying your impeccable reputation for moral uprightness. Would you take my ring? Would you use it to satisfy your most secret, most forbidden desires? Or would you refuse it? 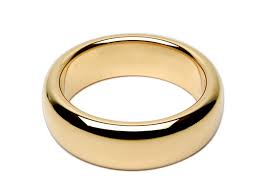 That's a thought experiment borrowed from Plato. He thought that however much immorality may appear to benefit you and morality might appear to burden you, it is always better –- intrinsically better, immeasurably better -- to do the moral thing. So Plato would turn down the ring -- but in the name of what? Some misguided ideal of moral perfection? To win the favor of others? Out of sheer cowardice, perhaps?
Well, probably out of a concern for his own soul and its well-being. As the old saying goes: it profits a man nothing to gain the world but lose his soul. If that makes me sound like a Pollyanna, then consider Nietzsche, who dismissesed morality as a herd instinct and says that only weaker natures allow themselves to be guided by morality. We may not want to go that far, but it still may not be obvious that living well requires that we always do what morality commands. There are a lot more factors that go into to a well-lived life than morality alone.

Email ThisBlogThis!Share to TwitterShare to FacebookShare to Pinterest
Labels: morality