Nigeria, one of the worst places to do business-World Bank 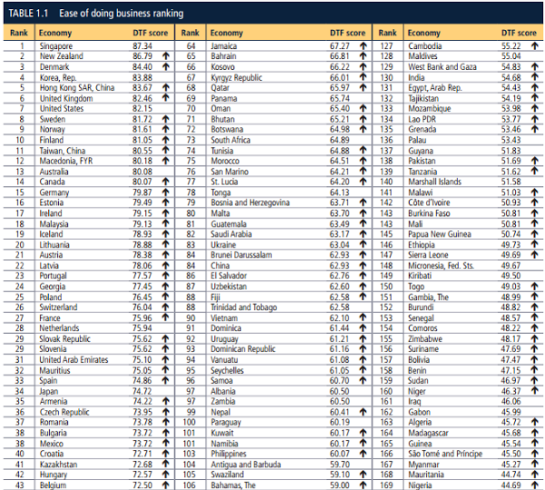 The World Bank Doing Business Report 2016 published yesterday May 3rd, has ranked Nigeria as one of the worst places to do business in 2016. According to the report, Nigeria’s ranking for starting business dropped eight places from 131st position in 2015 to 139th this year.

The report also stated that getting electricity became more difficult in 2016 as electricity supply rating in Nigeria fell from 181st position to 182nd while registering property improved by four places from 185th to 181st, and getting credit/loans became tougher with a seven place drop in ranking from 52nd ranking to 59th.

The report also rated Nigeria as the 169 country with ease of doing business as against the 170th position it held last year.
Posted by Unknown at 2:30:00 pm

Email ThisBlogThis!Share to TwitterShare to FacebookShare to Pinterest
Labels: Business