Africa is usually defined by pervasive property. But it can be defined just as validly by violent upheavals and civil wars that claim tens of thousands of lives, disrupt the livelihoods of millions and make national development, difficult even in more quiescent conditions, almost impossible. 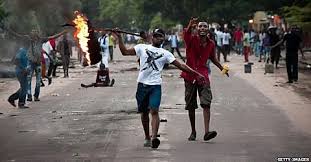 In part, this is the unwholesome legacy of colonialism. Entire communities were partitioned for the administrative convenience of the colonial powers, without their consent and without regard to the history and culture of the people.
Rather than repair the damage, the post-colonial period consecrated it. At its inauguration in 1963,the Organisation of African Unity (OAU) made “non-interference” by member-States in the “internal affairs” of other member-States a cardinal principle. For all practical purposes, non-interference translated into indifference. And although the OAU Charter contained an elaborate mechanism for conflict resolution, it pertained only to conflict between or among states.
The African Union sought to correct this defect by instituting the African Peer Review Mechanism, designed to encourage conformity in regard to political, economic and corporate governance, values, codes and standards among member–States. But it has remained largely ineffectual.
At a special summit of the Committee of Heads of State and Government two weeks ago, in Addis Ababa, Ethiopia, Kenya’s president and chair of the African Union Peer Review Forum, Uhuru Kenyatta, spoke of the challenges that have undermined the “vitality, visibility” and success of the APRM, among them waning enthusiasm and commitment, dwindling financial capacity, and what he diplomatically called the “slowdown” in operations. 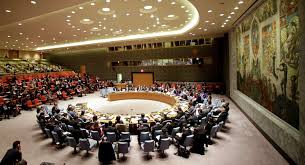 Unless and until these challenges are addressed, the APRM could not be expected to fulfill its mandate, Kenyatta said.
At the 26th Summit of the AU which followed the APR Forum’s meeting, President Muhammadu Buhari and President Idriss Deby, of Chad, the AU’s new chair, spoke in the same vein.
“Everything that we are doing now will be in vain and without purpose if we allow Africa to go through these perpetual crises,” Deby said, citing specifically the upheavals in South Sudan, Libya, Somalia, Burundi, and the Lake Chad region.
He could have added Uganda, Eritrea, Central African Republic, Cote d’Ivoire, Niger, Mali, Nigeria, Congo DR, and Zimbabwe.
“Through diplomacy or by force,” Deby continued, “we must put an end to these tragedies of our time. We cannot make progress and talk of development if part of our body is sick. We should be the main actors in the search for solution to Africa’s crises. 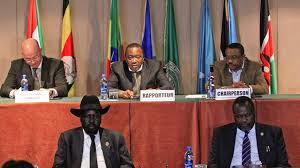 Burundi, convulsed by murder and mayhem, evoking frightful memories of the 1994 genocide in Rwanda, presented the AU with a test case of this new resolve. In April 2015, mass protests against President Pierre Nkurunziza’s design to hang on to power beyond the two terms stipulated by the country’s Constitution, and a failed coup attempt to stop him, drew savage reprisals that moved the AU to resolve to dispatch a contingent of 5,000 peacekeepers under an African Prevention and Protection Mission. 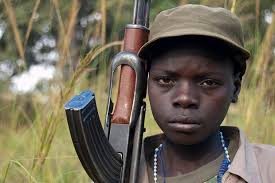 Nkurunziza would hear none of it. He warned severely that his forces and Burundians in general would attack the peacekeepers if they ever set foot on Burundian soil. In the face of this bellicose response the AU has had to drop the plan.
But the AU cannot give up its efforts to end the conflicts that blight the lives and hopes of millions of Africans and call into question its reason for being. It should explore diplomatic options to the fullest. But when such efforts fail, the AU should consider military intervention, to protect the civil populace.
The wholesale slaughter of innocents cannot be the” internal affairs” of any country.
http://thenationonlineng.net/african-wars-african-woes/
Posted by Unknown at 5:54:00 am