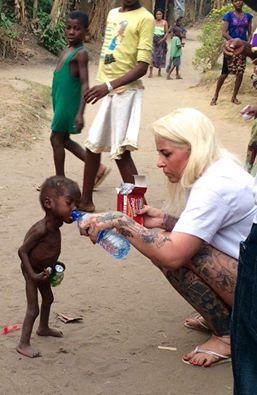 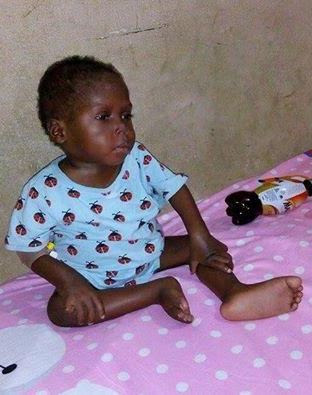 The little boy who was left for dead in Uyo, Akwa Ibom State after being branded a witch has begun his recovery after he was saved by Danish aid worker, Anja Ringgren Lovén. Photos of the boy, named Hope, being fed a drink of water by Lovén went viral in early February. The aid worker has since posted photos of Hope looking much healthier.
Lovén wrote posted a photo of Hope on Facebook revealing that he had gained weight and would hopefully begin talking when he left the hospital to to join the other children in an orphanage run by charitable organisation.
"Hope is getting so much better. Already gaining a lot of weight and looking so much more healthy. Now we only need him to talk. But that will come naturally when he is out of the hospital and starting his life among all our children. Children become stronger together" she wrote.
Posted by Unknown at 3:52:00 am

Africa need to grow up destinz