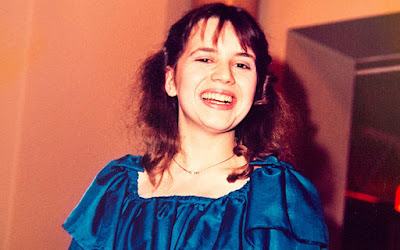 Violinist Rosemary Johnson has spent the last 27 years coming to terms with the reality she would never make music again, following a devastating car crash. A member of the Welsh National Opera Orchestra she was destined to become a world class musician before the road accident in 1988, which left her in a coma for seven months. 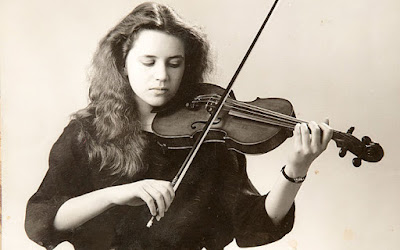 
Miss Johnson suffered a devastating head injury, robbing her of speech and movement which meant she could only pick out a few chords on the piano with the help of her mother Mary.
But now, thanks to cutting edge technology, she is creating music again, using just the power of her mind.
In an extraordinary 10-year project led by the Plymouth University and the Royal Hospital for Neuro-disability in London, her brain has been wired up to a computer using Brain Computer Music Interfacing software. 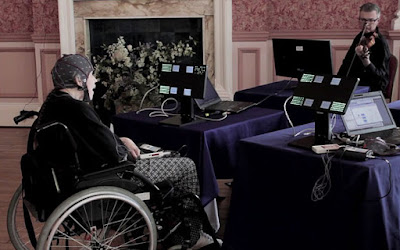 By focusing on different coloured lights on a computer screen she can select notes and phrases to be played and alter a composition as it is performed by live musicians. The intensity of her mental focus can even change the volume and speed of the piece.
It is the first time Miss Johnson, 50, has been able to create music in decades and has been an emotional experience for the her, and the scientists involved in the programme. 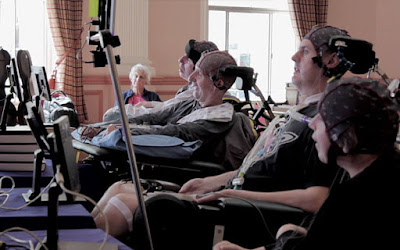 “It was really very moving,” said Professor Eduardo Miranda, Composer and Director of the Interdisciplinary Centre for Computer Music Research at Plymouth University.
“The first time we tried with Rosemary we were in tears. We could feel the joy coming from her at being able to make music. It was perfect because she can read music very well and make a very informed choice. “The great achievement of this project is that it is possible to perform music without being able to actually move. She is essentially controlling another musician to play it for her. “It’s not yet possible to read thoughts but we can train people to use brain signals to control things.”
“Music is really her only motivation,” she said. “I take her to the grand piano in the hospital and she can only really play a few chords, but that was the only time she shows any interest. She doesn’t really enjoy anything else.
“But this has been so good for her. I can tell she has really enjoyed it. When she performed I went to the hospital and that is the first time I have heard her make music, other than the piano chords for a long, long time.”
Miss Johnson’s mother Mary, 80, of Hounslow, West London said the project had given her daughter new hope.
Posted by Unknown at 4:52:00 am