Iraqi Migrant Brutally Rapes 10-year-old Boy; Tells Police it was 'Sexual Emergency' cause He Hadn't Had Sex in Months

A 10-year-old boy was so brutally raped by an Iraqi migrant in a swimming pool cubicle that he had to be hospitalised for his injuries. 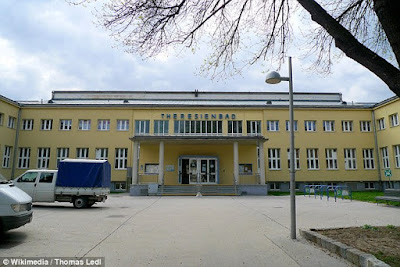 A lifeguard immediately called an ambulance after the boy went to him in floods of tears, while the Iraqi was entertaining himself by repeatedly jumping off the three-metre diving board.
Police arrested him on the spot at the pool in Vienna, and during an interrogation, he told them that it was a 'sexual emergency' as he had not had sex in four months.
The Iraqi, who had been working as a taxi driver in Vienna, told police he knew it was 'a mistake' and
did not mean to 'scar the boy', reports Kronen Zeitung.
But the migrant, who had entered the country through the Balkans on September 5, official records show, said he could not help himself as he had an 'excess sexual energy'. 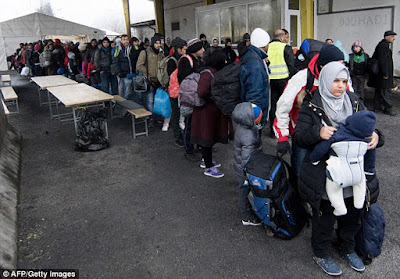 
He told police that he knew such an act was 'forbidden in any country of the world', and he was not 'always sick', as he has a wife and a daughter in Iraq.
At first, Austrian did not release details of the rape, on December 2 at The Resienbad pool, to protect the victim. Reports emerged on Facebook and police said they must be sensitive about cases involving migrants, who have 'been through a lot', but that there would be zero-tolerance.
However, police have now officially announced the details of the shocking crime.
Austrian media have also been following another case of a 13-year-old girl who is allegedly repeatedly being raped by her 26-year-old husband, who she married in Syria.
However, the teenager has not spoken against her husband, who is claiming that he has the right to have sex with her after their marriage was consummated, under Islamic law.