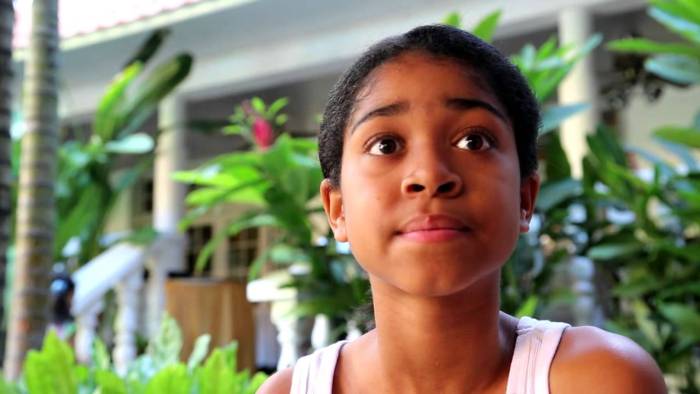 SHE’S AN award-winning documentary filmmaker who has interviewed some of the world’s top leaders and just last month made history by becoming the youngest person to be interviewed by Forbes magazine.


But Zuriel Oduwale maintains she is a regular 11-year-old girl who enjoys nothing more than to play her Nintendo Wii and board games with her family.


“I do all the usual things like go to the mall with my mum and sisters and ride my bike with my neighbors,” she says, although she is more than aware her life differs slightly from most girls her age. “I am in a home school-based curriculum, so that allows me to get ahead in my school work and then I have some time to travel for my extra curricular programmes like my Dream Up, Speak Up, Stand Up programme, or interviewing leaders for my documentaries.”
Touted as the next Oprah Winfrey, Zuriel is committed to rebranding Africa by showing the positive things about the continent, and campaigning for education for girls.
Some of the high-profile names Zuriel has enjoyed exclusive one-to-one time with include Nigerian president Goodluck Jonathan and her personal favorite, Prime Minister of Jamaica, Portia Simpson.
“She held my hands and prayed for me and then she put me on her lap to take official pictures with her, which was very different from all the other 13 presidents and prime ministers I have interviewed.” 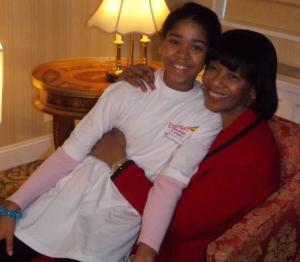 Zuriel, which is Hebrew for ‘God is my Rock’, believes by leading by example, girls may be inspired by her journey and do the same. That, she believes, can show her peers and the world the need to educate the continent’s often forgotten girl child.
Zuriel’s vision for her Dream Up, Speak Up, Stand Up programme is to inspire girls to “accomplish their dreams like me” by using it as a platform to push the influential work she is doing around the globe.
When talk moves to the future of the 200 girls kidnapped by Islamic extremists in Nigeria last month, the 11-year-old said she was both “sad but relieved at the same time.”
She explains: “Sad because I can’t imagine being taken to some strange place by some strange people, but relieved because the whole world is talking about it so maybe something can now be done.”
Keen to prove age is nothing but a number, Zuriel wants to show parents – and the world – by “using me as an example, what their children can do”.
Zuriel began pursuing documentary-making and journalism when she was nine after entering a competition in the United States, where she resides with her Mauritian mother and Nigerian father and three siblings – two sisters and one brother. The competition asked applicants to produce a documentary “about a revolution or reaction in history”.
“I knew right away what I wanted to do even though I was only nine. It was my opportunity to find a successful revolution and show the world that Africa is not all bad.”
In a typical day, Zuriel and her nine-year-old sister are made to watch an hour of news and asked to write – and later discuss – what they have heard with their parents.
“When I watch the news, I find that most of the news about Africa was always negative, so I thought I could show something that was positive like a successful revolution.” 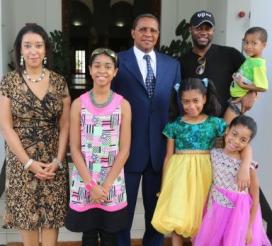 She then began research on the Ghana revolution, the 1979 uprising which arose out of a combination of corruption, bad governance, lack of discipline in the army and frustrations among the general public. Her research took her to the African continent where she was able to interview flight Lieutenant Jerry John Rawlings, who led a coup and later became the country’s head of state.
“I had to take my own camera to interview President Rawlings, set it up, write my own questions, shoot the clips and do the editing because that was the rules of the competition,” she says. “It was hard, but I did it. Sometimes I was working late after doing my homework to complete it.”
But her hard work has paid off. Last year, aged 10, Zuriel made history by becoming the youngest person ever to be interviewed by the prestigious Forbes magazine.
“[At the time] I didn’t understand why they wanted to interview me,” she says coolly. “It wasn’t until they said even though the work I was doing for girls’ education in Africa was not about wealth creation, it was too special to ignore. They wanted it in their women’s future leader edition.
“I think it’s pretty cool now. I understand what it means and more importantly, a few months before, Mr Aliko Dangote, the richest black man in the world, who I have interviewed, was featured in the magazine. I feel really special.”
Though Zuriel hopes to explore her chances in basketball and robotic engineering, her life-long goal is to become president of the United States.
“People always ask why I don’t want to be the president of an African country, but I feel if I am president of an African country, I might be able to affect one or two other countries, but if I am president of the United States, not only would I be able to affect the United States, but most countries in the world including those in Africa and the Caribbean region. That way, I can change the way girls are educated around the world.”

( http://www.risingafrica.org/success-stories/politics/the-11-year-old-nigerian-journalist-youngest-person-ever-interviewed-by-forbes-magazine/ )
Posted by Unknown at 11:36:00 am