Modern Slavery i
By John Pam
The moral landscape of modern society is hinged on the notion that freedom of conscience and also to act, so long as it affects no one negatively is at the core. 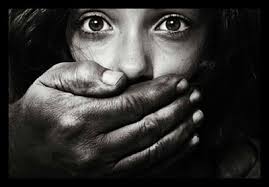 However, truth be told we are more enslaved than probably at any other time in history and the sad part is we are oblivious of the chain that binds us for it is not iron shackles but ideological shackles and we only feel their confinement when we move enough to stretch their limits.
The bird in an aviary might feel more at liberty than the one in a small cage but the truth is neither can experience the ecstasy of flying near the clouds through the open skies.
Slavery used to mean that one was chained and compelled to produce for another under the threat of physical or physcological violence, and the "owner" of the slave fed, clothed and housed the slave not out of love or sense of obligation but because it was more cost effective to have healthy workers but the slave was never in any doubt as to his/her status as property much like one owns a mule, goat or chicken. 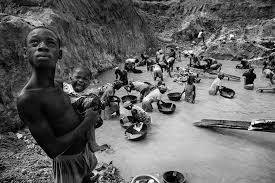 Our modern companies are always eager to prove how humanitarian they are in the mass media while committing ten atrocities before breakfast to make a buck. I could harp on in a generalized sense but I think it would be more ideal if we put Nigeria in the spotlight because that more directly affects us. 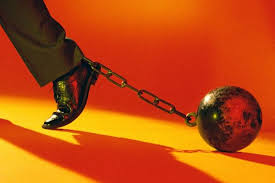 In Nigeria, we have come to accept our status as second class citizens if one is not related in some way to some top shot in politics or the financial world, then you as an ordinary citizen is treated as a subhuman. The genesis of this turn of events is the protracted period of military rule whose disposition to hierarchy and authoritarian behaviour gradually seeped into civil life. Now we have a situation where the constitution is not king but rather subject to the whims and caprices of individuals who do not see themselves as stewards of the mandate they have been entrusted with but rather as royalty in their own right.
The very laws which were put in place to protect them from unscrupulous members of society are now used to molest and taunt concerned citizens. Suffice it to say that our leaders who should set examples of how to follow the spirit of the law have now become its most flagrant abusers. Where if one who is serving is questioned by the citizenry concerning activities regarding their mandate, the politician questions the audacity of a commoner to question such activities be they legal or for the most part illegal, where if one goes to interact with the politician one must put on a countenance of subservience or be regarded as breaking unwritten protocol, where an employer can terminate an employee of the governments appointment for daring to do things by the book.
These are a few instances of the mental framework of most Nigerians but we assume we live in freedom because we are not being molested by police in a prison cell for refusing to pay a bribe to police to avoid an illegal search.
It is said that one can be physically imprisoned but as long as the mind is free then even the birds shall envy your freedom but we have gotten so used to our mental chains we look with disdain on any who dares puncture our bubble... 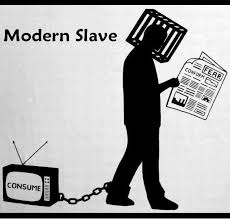 i wonder with the recent battle going on in the National House of Assembly on social media matters, are they not interfering in our freedom?