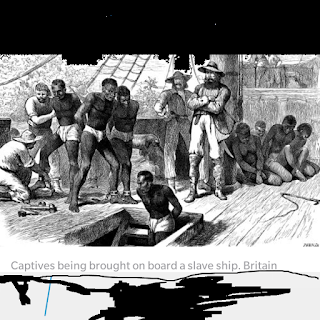 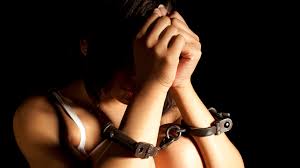 I came across an article recently on the Business category of Euro news site which was titled 'Nestlé praised for admitting slave labor used in Thai supply chain’. ( http://www.euronews.com/2015/11/26/nestle-praised-for admitting-slave-labour-used-in-thai-supply-chain/ )
The first thing that came to my mind was 'My God! There are still slaves in these modern times', then I realized it was all around, in our immediate neighborhoods too, existing in different forms. Like me, a lot of people will find it astonishing that slavery still exits, because we are not direct victims of this barbarous act. 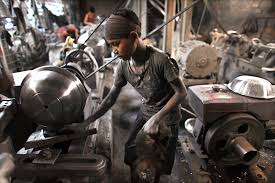 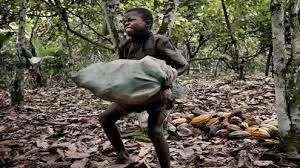 Slavery is the activity of having slaves or the condition of being a slave.
Most English dictionaries define 'slave' to be a person who is legally owned by someone else and has to work for them, 'Own' in the real sense of belonging to them wholly; while 'work' could be anything as long as it is his Master's bid. But I wonder why the word 'Legally' still stands in that definition in those various dictionaries. Because we have all agreed and accepted that slavery is a menace to our human world which means a human being is not suppose to be a slave; then why should the word 'slave' be defined as one who is legally owned by another, why not define it as someone who is forced to be a possession of another.
Slavery didn't really end with the abolition in 19th century, for the practice is still in existence today in different forms, in every country in the world. The International Labour Organisation (ILO) estimates that 20.9 million people around the world are still subjected to it. Africa, we who have decried this appalling acts, we who have been direct victims of slavery still happens to be one of the main perpetrators of these nefarious acts. The ILO says vestiges of slavery are still found in some parts of Africa, while forced labour in the form of coercive and deceptive recruitment is present in many countries of Latin America, and elsewhere.
Slavery can be distinguished through many different characteristics. The Anti-slavery society states that a person is in slavery if they are:

According to the Anti-slavery society, contemporary slavery takes various forms and affects people of all ages, gender and races.

The Forms of Slavery that still exists today
Africa has a long history in slavery since before historical records; the institution persisted till the colonial period (although the colonial authorities attempted to suppress it but had limited success).
Slavery in the in the sahel region (and to a lesser extent the Horn of Africa), exist along the racial and cultural boundary of Africans in the south. Slavery in the sahel states of Mauritinia, Mali, Niger, Chad and Sudan in particular, continue centuries old pattern of hereditary servitude. Other forms of traditional slavery exist in parts of Ghana, Benin, Togo and Nigeria. There are other, non- traditional forms of slavery in Africa today, mostly involving human trafficking and the enslavement of child soldiers and child labourers e.g human trafficking in Angola, and human trafficking of children from Togo, Benin and Nigeria to Gabon and Cameroun.
Modern day slavery in Africa according to the Anti- slavery society includes exploitation of subjugate populations even when their condition is not technically called “slaver”.
( https://en.m.wikipedia.org/wiki/Slavery_in_contemporary_Africa )
I find it appalling hthat perpetrators of this inhumane institution should be praised for making (an) effort to stop their criminal act, then were does justice come in for these people? 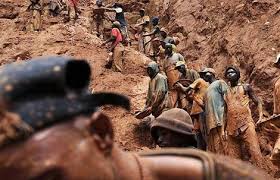 According to the Eurosite, I quote “ PR week quoted consultants describing the announcement that it was working to combat the problem as “brave” and “positive”.
I thought that criminals are supposed to be brought to book before the law not being praised for trying to stop  there crime (not even for stopping).

Of paramount importance is Mind Slavery.

The way some people discuss there religion sounds like slavery to me.
The are not there for THE FAITH, but rather because the are AFRAID of not being there.
And some tend to view it as a thing of TRADITION.

Slavery is still on..