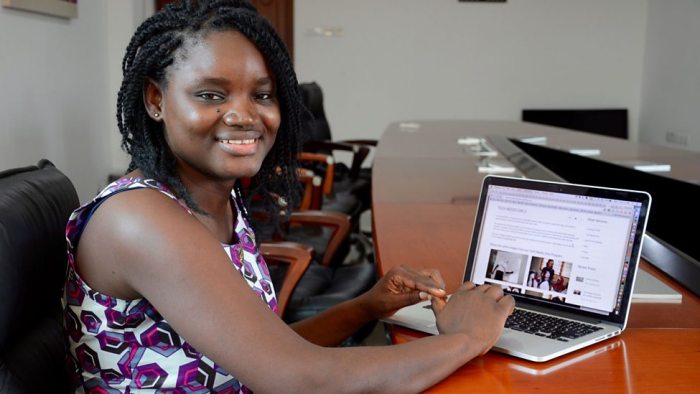 Rasheeda Yehuza is a Ghanaian software engineer and social entrepreneur. She is the founder of Nasara Tech and co-founder of Tech Needs Girls Ghana.
Rasheeda Yehuza is having quite a time as one of the most recognisable names in Africa’s technology scene. In December 2015, she received the Future Awards Africa prize in technology for her work with Tech Needs Girls Ghana, a science mentoring scheme for girls, and for her work with Nasara Tech, a company she founded in 2013 to create tech-based solutions for problems in local communities.
True to its mission, Nasara Tech is behind the Nasara Voting System, a cloud-based innovation that electronically simulates the manual voting process, with the aim of improving how elections are conducted in Africa, from voter registration to balloting and collation of results. It is also the parent company of Nasara Mobile, a platform that provides bulk SMS services for individuals and organisations.
With her inventions, Yehuza told Women In Computer Science (WICS), she wants to project her country, Ghana, and by extension, Africa, onto the tech map and dispel negative stereotypes about the continent.
“I have a burning desire to improve systems in Ghana through technology as well as an entrepreneurship spirit to be a leading force in technology in the country and Africa as a whole,” she added. 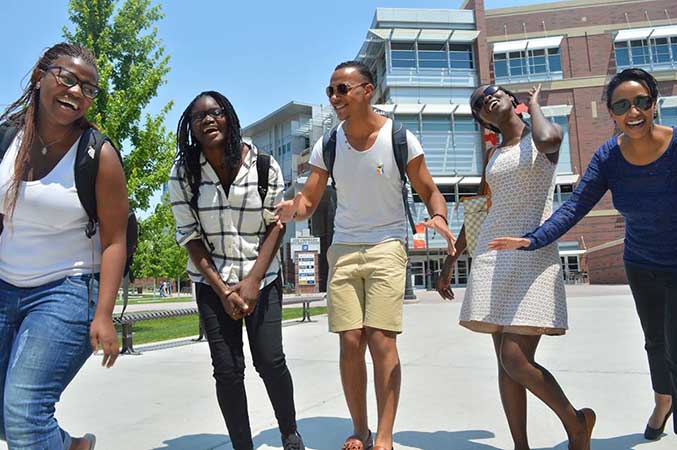 Yehuza, 2nd from left, with friends on the Mandela Washington Fellowship. Photo: Yehuza/Facebook

Rasheeda Yehuza is from Yendi, in the northern region of Ghana. She graduated from the St. Mary’s Senior High School, Accra, and went on to study Computer Science at Kwame Nkrumah’ University of Science and Technology, Kumasi. She is currently running the Master of Philosophy, Computer Science program at the same institution.
About her venture into technology, Yehuza said that when she was introduced to computer at the age of eight, she knew immediately that she would want a career in the field – not medicine as her parents wished for her.
Her story: “I knew I didn’t want to be in the health sciences even though it’s super cool and all. I was at a crossroad and my friends encouraged me to choose Computer Science. I secretly chose to pursue it and was offered admission at KNUST. I was also offered admission to study Nursing at a different university. I was pressurized to study Nursing (in fact it wasn’t even a choice). But when I received money to pay my fees, I paid for Computer Science at KNUST. I finally informed my family about my decision, and surprisingly, they were cool and told me to do what I wanted to do even though they clearly thought I made the wrong decision.”
She definitely made the right decision for herself, considering the number of projects she has launched and the accolades she has received. 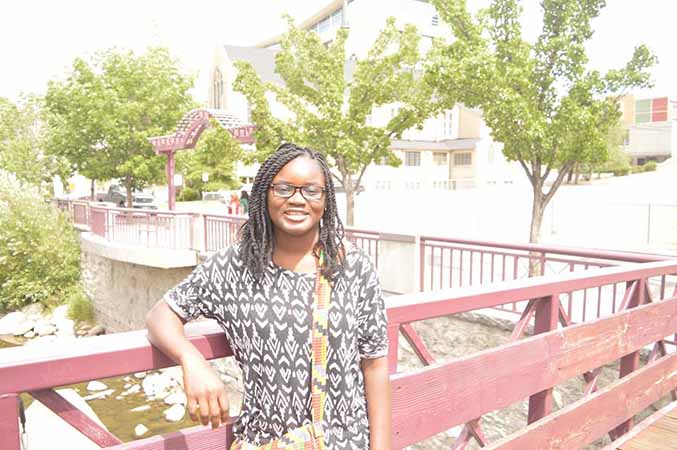 2015 was a particularly good year for her. Besides winning The Future Awards, she received an Engineers Without Borders, Canada, Kumvana Program fellowship, which saw her touring technology company and innovation labs in Canada, with the objective of experiencing, learning and, hopefully, adapting some of the methods to her country. In the same year, she was awarded a Mandela Washington Fellowship, which gives young people from Sub-Saharan Africa a chance to study for six weeks at a university in the United States.
It was for her leadership roles and commitment to public service on such projects as the Tech Needs Girls Ghana, which she co-founded with her friend, Regina Agyare, and The Hour of Code, which saw her mentor 70 schoolgirls in web programming and game development, that she won the Mandela Washington Fellowship.
For the fellowship, Yehuza studied a customised course in business and entrepreneurship at the University of Nevada, Reno.
“Aside from software engineering, I have a strong interest in business and social entrepreneurship,” she said on her website.
Yehuza has described herself on a different platform as “a driven technology enthusiast, software engineer, product and project implementer, problem solver, social entrepreneur” who has ventured into entrepreneurial work, leading and managing teams and products.
Her pastime is reading ‘random articles’ online, and she has admitted to a fascination with space, aliens, history, medieval inventions and human evolution.
http://www.risingafrica.org/success-stories/science_technology/rasheeda-yehuza-africas-tech-it-girl/
Posted by Unknown at 12:51:00 pm